FP7910BL
Skip to the end of the images gallery 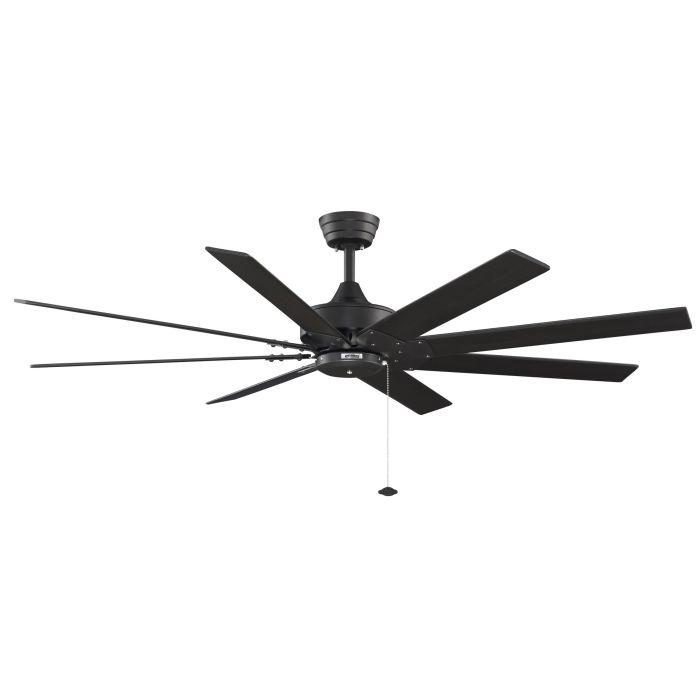 Free Shipping
All products over $49
Talk to an Expert. 1-800-201-1193 (click to call)
Fanimation Levon Ceiling Fan Model FP7910BL in Black with blades. You can order this fan without a light or choose from various light fixture options to change the look of the fan. The Levon is a Contemporary Extra Large Fans style Ceiling Fan Designed for use Indoors Only. This fan features a 188mm x 25mm Motor with a 14 Degree Blade Pitch producing an AirFlow rating of 4 (where 5 is best). It is operated by a 3 Speed Pull Chain. Other types of controls are also available. Energy Star Qualified for Greater Efficiency.

Online 4 Years Longer Than Google!
Google officially launched in 1998 while we launched our very first website 4 years earlier back in 1994. We are in fact the first and oldest ceiling fan supplier on the Internet. Read More...
Dimensions
N/A
15"
N/A
N/A
6.5"
N/A
14°
Building codes require blades to be at least 7' from the floor.
Included Downrod Length(s): Includes 6" Downrod
Specification

How does the Fanimation Levon in Black Compare to the Average Ceiling Fan?

Quality Rating = 5.000000 (average is 3)
With a Quality Rating of 5, the Fanimation Levon in Black is among the finest quality ceiling fans made. It will run smooth and quiet without wobbling or making noise and you can let it run 24 hours a day for years on end without any worries of the motor burning out.

Wind Speed Factor: 2.32 MPH (average is about 3)
A Wind Speed Factor of 2.32 MPH gives this fan a Breeze Rating of 2 out of 5. This is very light breeze, so don't expect to experience very much cooling effect from the Levon. Keep in mind that fans with a large blade span like this one may move lots of air when it comes to CFM (Cubic Feet per Minute), but the airflow is spread over a larger area, so the actual concentration of the airflow (wind speed) is usually less than that of normal size fans. For the best wind-chill effect in larger rooms you may want to consider two or more smaller fans (50" to 56") that have a significantly higher wind speed factor. However, if you can only install a single fan, a larger fan like this may be a reasonable compromise. Just don't expect to feel as much breeze as the abnormally high CFM rating leads you to believe. Aside from Quality, which accounts for smooth quiet operation and durability, the amount of wind-chill a fan can provide to cool you off is the most important consideration.

Airflow = 5605 CFM (average is about 5,000)
5605 CFM is pretty much average, so don't expect a super strong breeze from this fan. However, most people are used to average ceiling fans, so if you have never experienced a fan more powerful than this, you may be satisfied with the Fanimation Levon in Black. The 2.32 MPH wind speed is a little lower than you might expect with such a high airflow. The wind speed tells you how much breeze you can expect to feel when you are beneath the fan. Due to the blade span of this fan, the actual concentration of airflow is spread over a larger area, so the ultimate cooling effect is a little less than some fans with smaller blade spans. This is a compromise that you may be willing to accept if the actual area where you spend your time is further away from the center of the fan, which is why you may consider a larger fan such as this one. In this case the Fanimation Levon in Black will allow you to raise your thermostat by 1 or 2 degrees, which will still help you save additional money on your cooling bills (if you have AC). 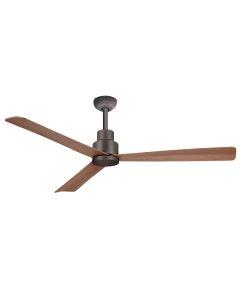 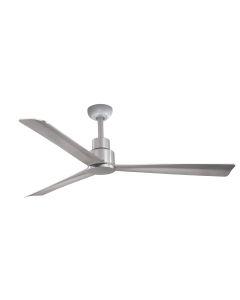 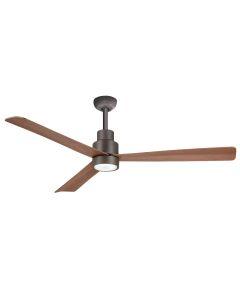 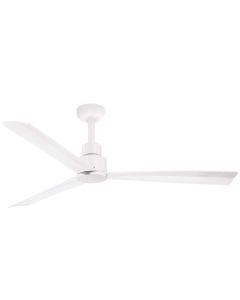 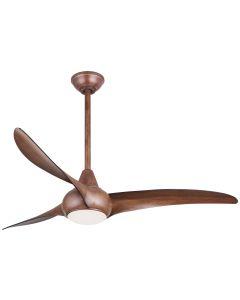 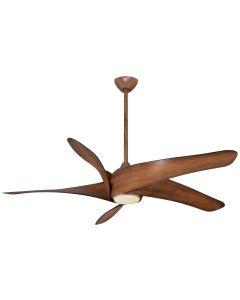 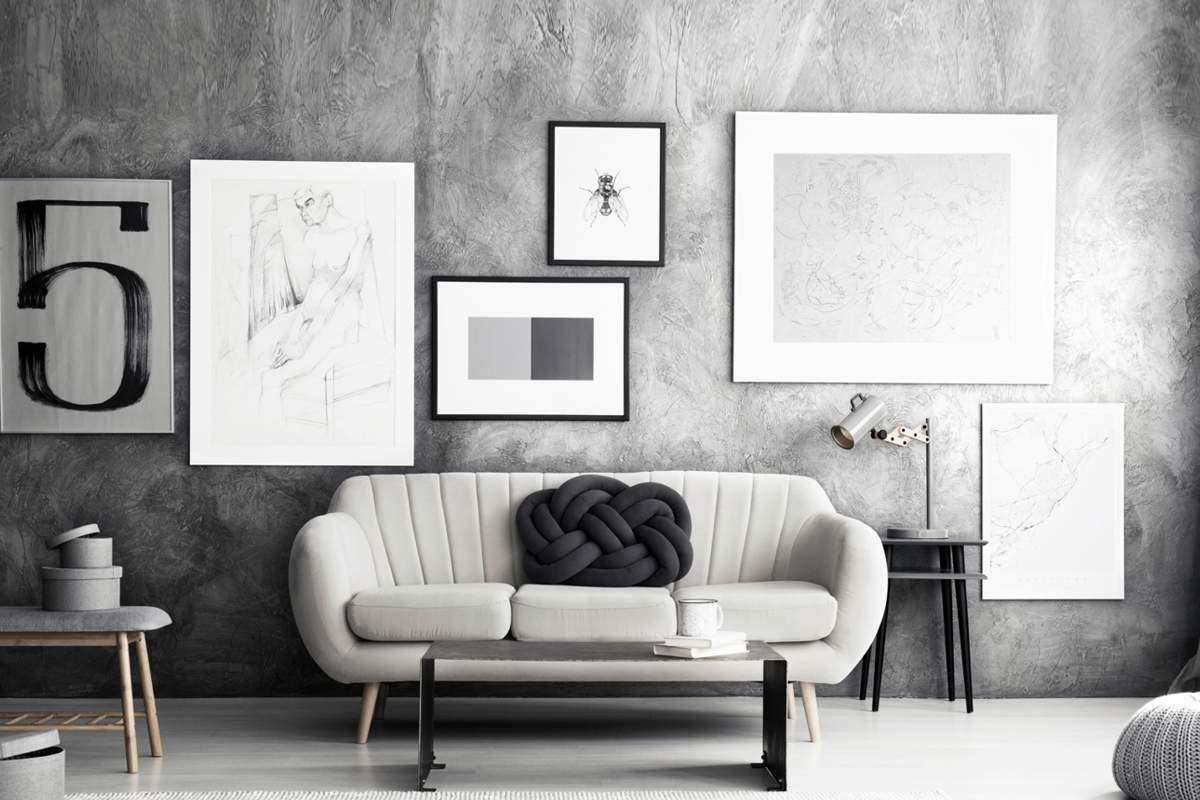 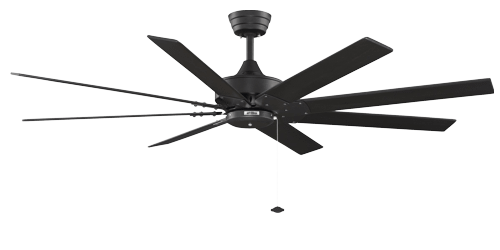 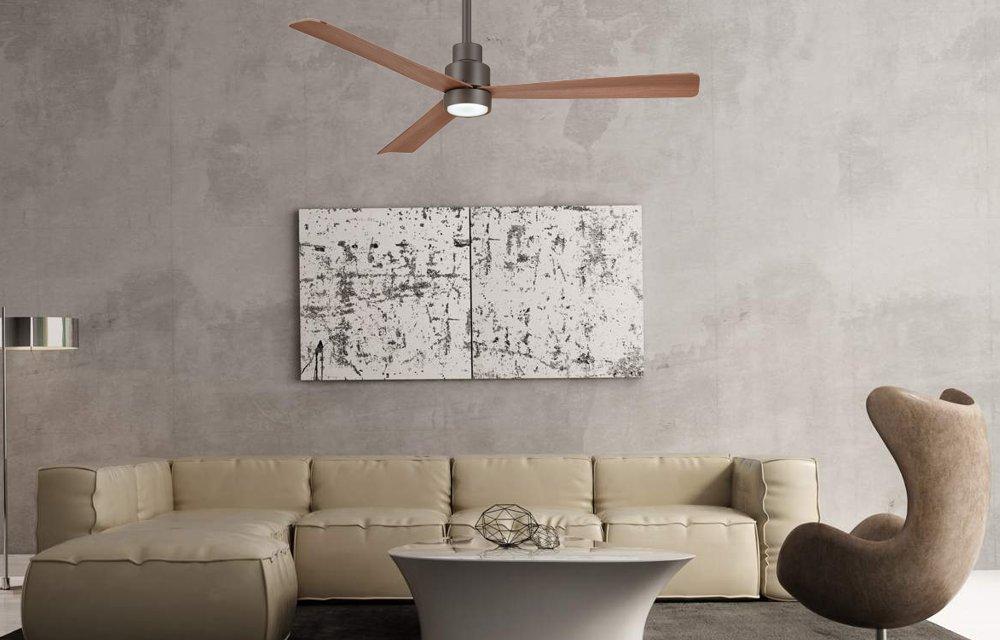 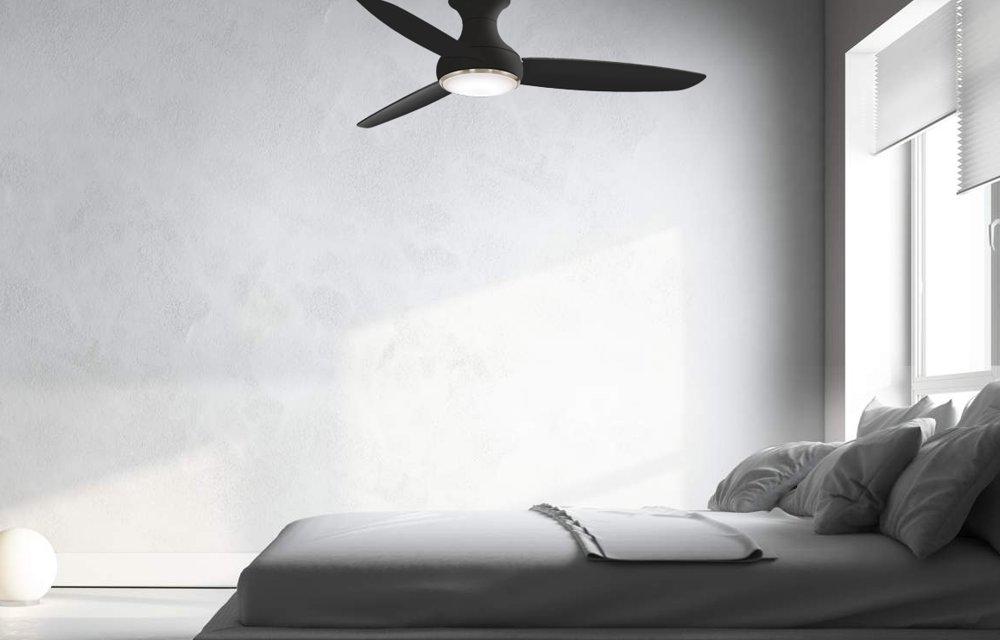